Surrounded by pretty gardens, this luxurious resort features 2 golf courses. A 5-minute drive from the beach and 2 miles from Alicante,...

This hotel is on a quiet street in the center of Alicante, 656 feet from Luceros Square. It offers air-conditioned rooms with free Wi-Fi... 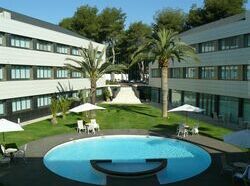 Set in gardens, Daniya Alicante hotel features an outdoor pool, gym, sauna and free parking. It is located 2.5 mi from the center of...

Hotel Sercotel Spa Porta Maris is set between Postiguet Beach and Alicante Marina, offers views of the Mediterranean and free Wi-Fi. It... 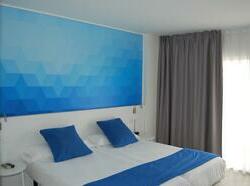 A 24-hour front desk, air conditioning in rooms and private parking are offered at this budget hotel. Hotel Goya is just steps from...

Free private parking and free Wi-Fi are available at the Campanile Alicante. The hotel is close to El Corte Inglés Shopping Center, 0.9... 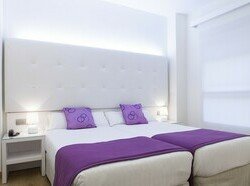 The hotel features 93 accommodation units. Guests of the hotel are welcomed in the lobby, which has a 24-hour reception and a 24-hour...

The modern Eurostars Lucentum is in central Alicante, on Alfonso X Avenue. All of the air-conditioned rooms have free Wi-Fi and there is...

This comfortable hotel offers a total of 148 modern rooms with flat screen TV, free WiFi and air conditioning. Among other facilities,...

Located about 2 km from the Saladar beach and the El Plantío golf course, the Alicante Hills is 5 km from the centre of Alicante and only...

With a stay at Hostal La Lonja, you'll be centrally located in Alicante, steps from Central Market and minutes from Alicante Bullring.... 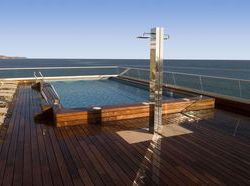 Sercotel Suites del Mar is part of Spa Porta Maris Hotel complex. There is free WiFi, and free use of the Sanarium Circuit Spa and pool... 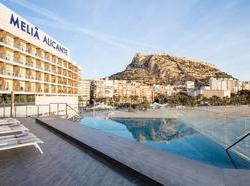 Set between Alicante Harbor and Postiguet Beach, Meliá Alicante offers an outdoor pool and free WiFi throughout. All rooms feature a... 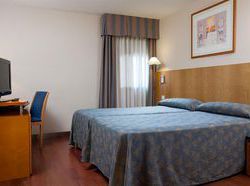 Near Rambla de Méndez Núñez and Esplanade of Spain, in the commercial and service center of the city and near the historic center and...

The coast of the province of Alicante extends from Denia to Torrevieja, but in the area around Alicante city are several beaches beloved by tourists, including San Juan, La Cala Palmera, El Postiguet, La Almandraba, Saladar, La Albufereta, Isla Tabarca, and Cantares.
The most visited are the beaches of San Juan and El Postiguet, whose chiringuitos (food and beverage stands) make it the center of the citys nightlife. Both are urban beaches, with fine white sand and all manner of services, earning each the EUs Blue Flag.
The city of Alicante contains numerous attractions, and markets and hawkers selling products that range from artisans crafts to food. Culturally, the city has much to offer: summer cinemas open near the sea, numerous malls and movie parlors, the castle of Santa Bárbara, the Archeological Museum, the Town Hall, and a Baroque palace from the 18th century.
As far as nightlife goes, the city is divided into sectors. El Barrio, found in the old center of the city, is most popular with the younger crowd, with music and dancing and discoteques. Another important sector is La Zona, on San Fernando St, where you will find the most stylish joints. La Ruta de Madera is another popular sector, found in the avenue Alfonso X el Sabio, and is full of Irish- and American-style bars.
The nights can be enjoyed right on the beach in the port of Alicante.
The most chic area remains the Playa de San Juan, which contains the largest concentration of bars, discos, and chiringuitos in the whole city.

In Alicante we will have clear sky, warm clothing is advised.

Points of Interest in Alicante

Are you reserving a hotel room in Alicante and have no way to get there? Book your flight now with Destinia!

The most centrally located hotels in Alicante with the best ratings are: Hotel Hospes Amérigo, X Hostel Alicante and Hotel Cervantes.

It depends on the category of the hotel. If you want to stay at a 4-star hotel in Alicante, the average price per night is €36, while you will pay an average of €23 for a 3-star hotel, and in a more luxurious 5-star hotel, you"ll pay around €56.

You can make reservations at Hotel Hospes Amérigo if you´re looking for a hotel with valet service for your visit to Alicante.

Hostal El Altet is the closest one to Alicante-El Altet.

If you need a hotel with disabled access in Alicante, we recommend Hotel Maya Alicante, Hotel AC Alicante and Hotel Eurostars Lucentum.

If you´re looking for peace and quiet and want to stay at an adult-only hotel in Alicante, we recommend X Hostel Alicante.

According to our clients, if you´re travelling with children, the best hotels in Alicante are Hotel Rambla, Hotel Hospes Amérigo and Apartamentos El Palmeral de Madaria.

If you want to save time, the hotels in Alicante with express check-in and check-out are Hotel San Remo, Hotel B&B Alicante and Hotel ibis Alicante.

Some of the options for hotels with non-smoking rooms in Alicante are Apartamentos El Palmeral de Madaria, Hotel Hospes Amérigo and X Hostel Alicante.