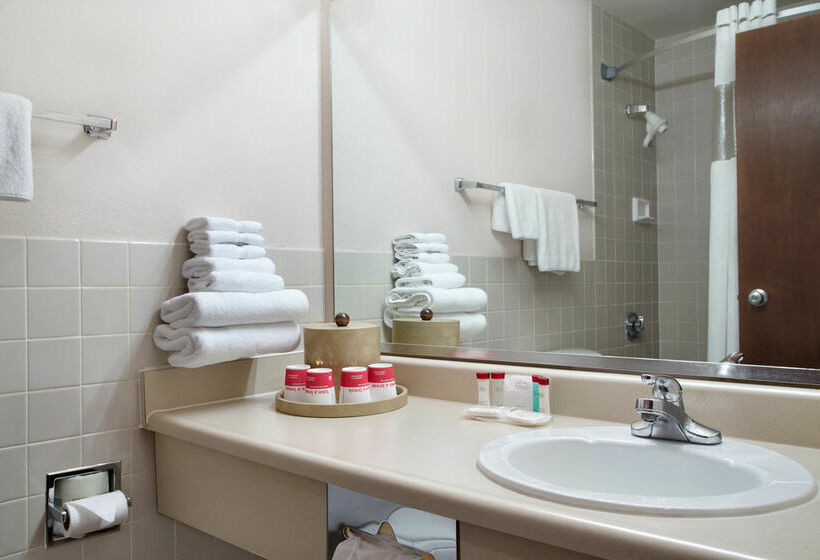 With a stay at Ramada Waterloo Hotel and Convention Center in Waterloo, you'll be minutes from Five Sullivan Brother Convention Center and Grout Museum of History. This hotel is within the vicinity of Young Arena and Palmer's Family Fun. Don’t miss out on the many recreational opportunities, including an indoor pool, a spa tub, and a fitness center. This hotel also features complimentary wireless Internet access and an arcade/game room. Featured amenities include a 24-hour business center, express check-in, and complimentary newspapers in the lobby. Planning an event in Waterloo? This hotel has 40000 square feet (3600 square meters) of space consisting of a conference center, conference space, and meeting rooms. A roundtrip airport shuttle is complimentary (available on request). Make yourself at home in one of the 228 air-conditioned rooms featuring flat-screen televisions. Complimentary wireless Internet access keeps you connected, and cable programming is available for your entertainment. Private bathrooms with shower/tub combinations feature complimentary toiletries and hair dryers. Conveniences include desks and complimentary newspapers, as well as phones with free local calls.